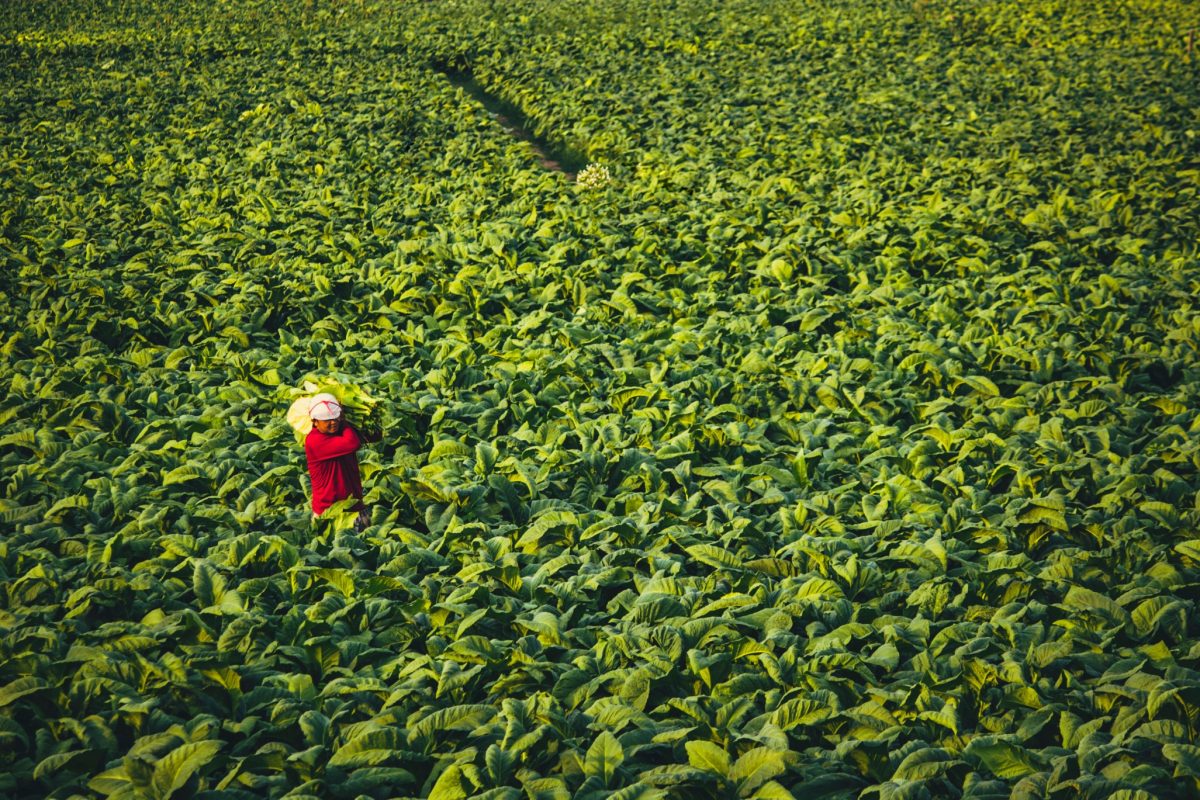 Seems like it would be simple, right? Grow leaves, dry them and smoke them…not! The process of farming, curing and grading tobacco is actually quite complicated and a little tedious.

Tobacco requires 100-130 days in a frost-free climate to mature, so although it is grown throughout the world, it is far more easily grown in tropical climates. Then, although soil requirements can vary by the type of tobacco grown, typically your premium smoke then relies on fertile, well-draining and aerated soil. The soil should be level for uniform seed distribution. In warm regions, tobacco seedlings can be germinated outdoors and covered with mulch, chopped grass or thin cloth. In colder regions, it should be grown indoors or with glass or plastic coverings. Tobacco also needs to be planted in a place where it is protected from the wind and excessive sun.

After eight to ten weeks, tobacco seedlings can be transplanted to the fields. Transplanting machines can be used, but much of the world still does it all by hand. Spacing varies by tobacco strain and the need for fertilization (nitrogen, phosphorus and potassium in nutrition deficient soil) varies according to region.

Large leaf tobaccos, such as Cuban and Havana, are topped shortly after flowering. Shoots are removed to increase tobacco yield. Tobacco is either harvested by simply removing the leaves as the plants mature or by cutting, splitting the stalk and hanging the entire plant. To prevent damage during curing, tobacco is normally left in the field to wilt and taking care not to sunburn for anywhere from a few hours to two days.

Then tobacco is usually cured by air with mechanical ventilation, taking one to two months; with open wood fires on the curing barn floor taking about three weeks; or in tightly constructed barns with flues extending from furnaces under the floor or inside the barn. That method takes about four to eight days.

Grading comes after curing and – in the United States – can be based on the type of leaf, color, maturity and more. Each grade is bulked or baled separately and then sent to factories where it is re-dried, factory-graded, subjected to an elaborate fermentation process, packaged and then shipped to the final manufacturer. Developing countries use a simpler process with a larger focus on proportions, but – even so – the whole thing just makes you want to say, “Whew!”